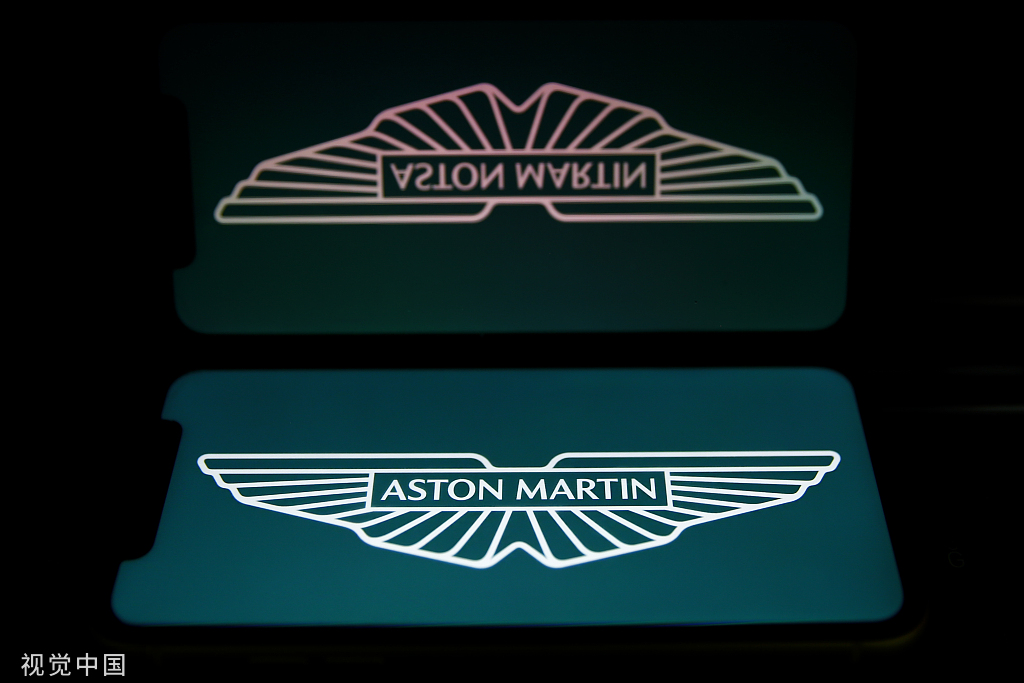 In this photo illustration, new logo of “Aston Martin” is displayed on a mobile phone screen in front of a computer screen displaying “Aston Martin” in Ankara, Turkiye on August 4, 2022. [Photo/VCG]

“We look forward to exploring potential opportunities to engage and collaborate with Aston Martin as it continues to execute its strategy to achieve long term, sustainable growth and increased profitability,” said Li.

Aston Martin Lagonda is a British manufacturer of luxury sports cars and grand tourers. Its predecessor was founded in 1913 by Lionel Martin and Robert Bamford.

Not much to see here… sorry for that